Experiencing dementia through a virtual world 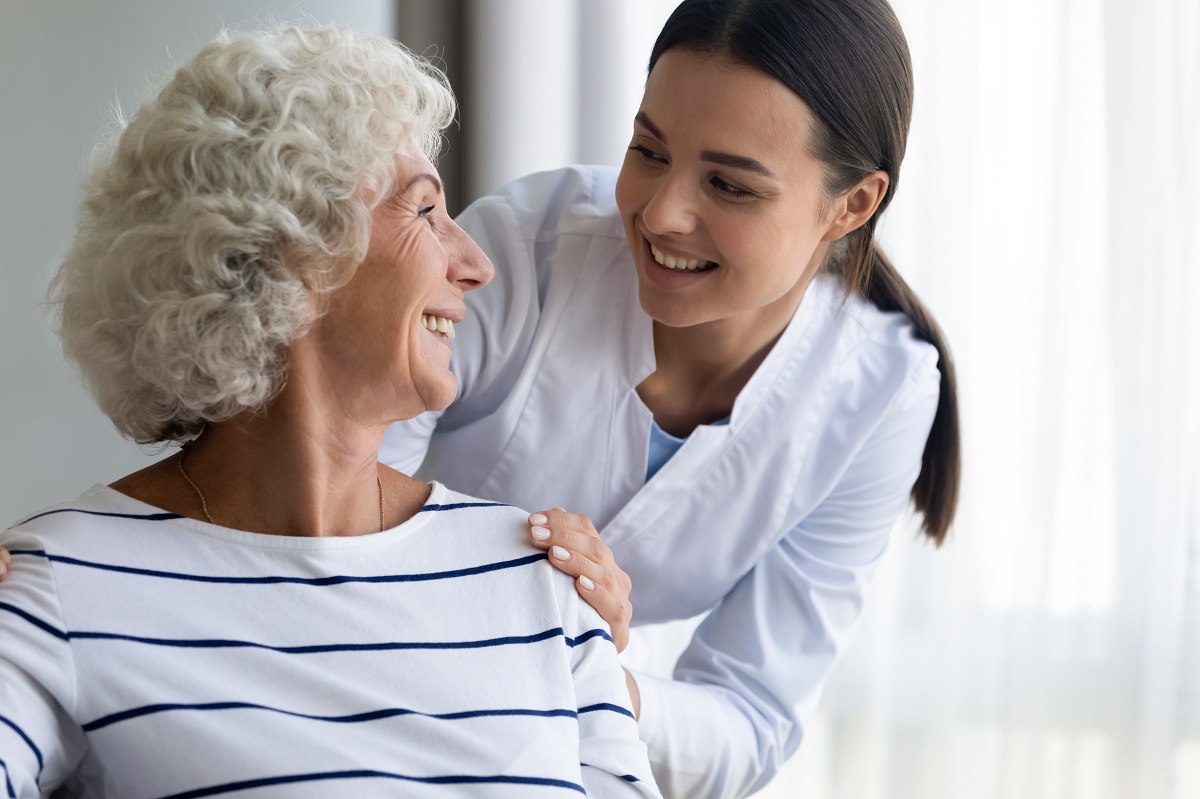 Ever wondered what someone with dementia must be thinking, feeling and seeing? Now you can with a ground-breaking simulator designed to help family, friends and carers to understand debilitating dementia symptoms. Hannah Fox experiences it for herself…

With the sound of sirens and loud voices ringing in my ears, I stumble forward, my feet feeling prickly, and my hands useless in gloves. The room seems so dark and I can only see a few feet in front of me, which means I take small tentative steps with my hands in front patting away at every surface trying to work out what it is. I’m trying to pair socks and fold towels, becoming fixated on the task, but strange shadowy people keep coming up to me and taking them away and saying things to me that I can’t hear or understand. They stare at me and I feel frustrated, agitated and self-conscious and all I want to do is sit down in the corner and make everyone go away.

This was my experience of the Virtual Dementia Tour, run by Training2Care, and set up at Abbeyfield House care home in Surrey. They’ve set up a mobile dementia simulator, housed in a van-come-marquee, which helps people really start to understand how someone with dementia might be feeling.

Before it starts, you’re decked out in sight-reducing glasses, gloves, earphones and insoles that mimic the feeling of pin and needles in your feet so you shuffle slowly. You’re then given five tasks to complete while in a recreated version of a normal home, such as getting dressed, setting the table or writing a sentence. Seems simple? Trust me, it really isn’t.

The experience was created by PK Beville, an American academic and psychologist, who has been working in the area of dementia research for over 30 years.

‘I’ve have always been curious about how I can help families of people with dementia and care staff to get into the world of someone with dementia,’ says Beville.

‘That’s when I came up with the idea of developing an interactive experience that would trick a healthy brain into thinking they have an impairment. Because the truth is, someone with dementia thinks their behaviour is normal, and is, within the confines of the disease. It’s their carers who have issues with it. If we can get people to understand why someone with dementia does this behaviour in the first place, then we make steps to provide them with the right kind of care that will mean those around them are able to understand and manage it.’

In the long term, Beville hopes to see the kind of change that means we’re no longer marginalising those with dementia, and accepting them as part of our culture.

‘In the short term, an understanding of dementia will help to lessen the use of anti-psychotic medication, reduce the number of hospital admissions and help to put off admittance into long term care until completely necessary,’ adds Beville.

The Virtual Dementia Tour is being delivered to 11 NHS Trursts, GP surgeries, the fire service, police service and 780 care providers across Britain and Ireland, hoping to open a window into the world of dementia to any people who may regularly come into contact with someone with the condition.

Glenn Knight, managing director of Training2Care, which is licensed to provide the tour in the UK, gave me a debrief after I’d been through the tour. He explained that the way I behaved (because you’re monitored throughout the 8-minute experience) had many similarities to someone with dementia.

‘You were jumpy when you heard noises noises, yelping, grunting and pacing around the room,’ says Knight. ‘You struggled to put on and do up a shirt and seemed uncomfortable when people looked at you.’

The only area where it can’t really recreate a dementia symptom that easily is with memory, because they’re less effected by external factors. But even so, when I was given my instructions on what I could and couldn’t do during the simulation, I actually completely forgot one of the things that was said to me.

After all my senses had been returned, I’ll admit, all I really wanted to do was sit down and cry. I felt upset and traumatised, and that was after only a few minutes. Imagine what it must be like for someone to feel like that all day long.

‘The Virtual Dementia Tour is about changing practice. As far as someone with dementia is concerned, their behaviour is totally normal for them,’ says Knight. ‘The simulator will help you to walk in their shoes, and hopefully make you understand and tailor care to their needs.’

It costs £20 to experience the Virtual Dementia Tour, but the profits raised will be put into Second Wind Dreams, a foundation set up by PK Beville to help support elderly people in care to have positive experiences.

If I could, I would suggest that everyone try out this tour, not just those involved in dementia care. Because in reality, dementia is something that is so common, and affects so many people, that if enough people can get even the smallest of glimpses into the condition, it could really help transform the way we care for them.