Mindfulness helped me to stay calm 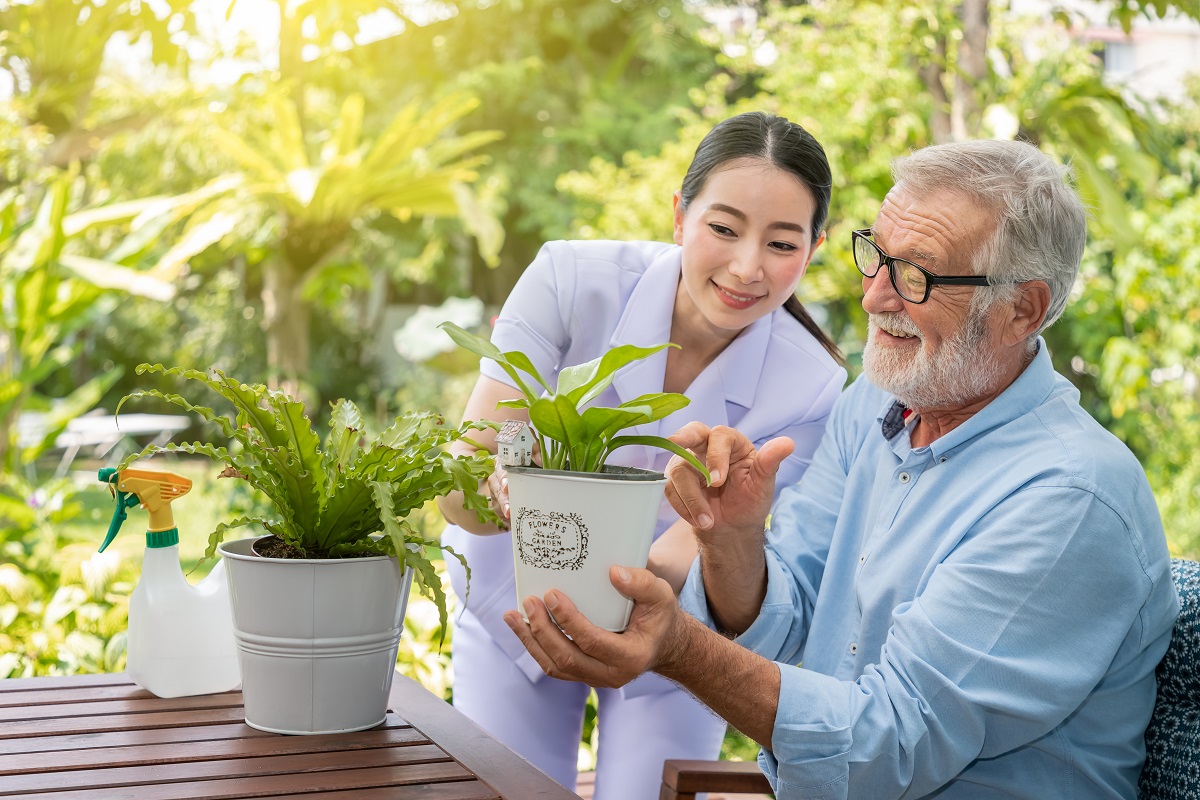 A dementia diagnosis can be devastating, but it might also bring some unexpected blessings, as Alice Ashwell discovered whilst caring for her mother Elizabeth.

My mother Elizabeth lived with dementia for about fifteen years. Mum had always been my ‘wise woman’, so I really battled with her declining mental capacity. I know how devastating it can be when someone who has known you all your life forgets who you are; when the person who once did everything for you becomes entirely dependent on you. However, over that long period, what had initially felt like an unmitigated journey of loss and frustration, unexpectedly developed into one of the most precious periods in our relationship.

Although by the end of her life mum was no longer able to speak, dementia did little to diminish who she was in her soul. In fact, she became even more loving and expressive than when she had been of ‘sound mind’; and I continued to benefit from her wisdom by observing her way of being in the world, even though she could no longer give advice.

As mum’s dementia progressed, I embarked on my own journey, learning to accept what was. To start with, this meant accepting the fact that she wasn’t going to get ‘better’. It also meant accepting that I needed to enter her reality, rather than insisting that she conform to mine. For example, I realised that my natural but unhelpful tendency to correct mum just upset her and undermined her confidence. It was better for both of us if I simply slipped into her world, where my identity could morph freely, providing her with whatever relationship she needed at that time – daughter, mother, sister or friend.

As mum’s cognitive faculties declined, she became far more emotionally sensitive. I now recognise that many of the behavioural problems we think are caused by dementia are in fact triggered by our own irritability and impatience, which they sense. So if I wanted to spend quality time with mum, it was up to me to create an emotional environment in which she felt safe, calm and loved.

My need to cope with mum’s dementia is one of the factors that led me to start a daily mindfulness practice. I became more aware of my own emotional state, and learnt simple techniques that enabled me to shift out of my habitual state of irritability and into a state of calm. Over time, this calm practice transformed my experience of mum’s dementia, and deepened our relationship.

In her later years, as she became detached from the stays of time, mum came to epitomise for me what it means to dwell in the present moment. Our times together became opportunities to experience the grace and intimacy of simply being present with someone you love, without needing to talk about ‘what we had done’ or ‘what we had planned’. As she lost the ability to speak, mum invited me to experience the gentle art of communing, which I can only describe as heart-to-heart communication. Our times together were enriched by ‘in the moment’ experiences that touched our souls – family, music, nature and closeness.

The dementia journey is hugely challenging, and provokes in us a great deal of frustration, fear and dread – understandably. But as much as dementia is described as a journey of loss, it can also become a journey of love and understanding. At times, love needs to be gritty and determined, at other times it will be sweet. At all times it must be unconditional.